Back in November 2000, Kansas Gas Service made available to the public two compressed natural gas (CNG) fueling stations it had been using privately.
The stations, in Overland Park and Topeka, were the state’s first public CNG stations. By the summer of 2010, KGS saw such an increase in demand at the stations that it chose to upgrade them, says Wade Wright, KGS manager of market planning.
The utility company applied for and received a U.S Department of Energy (DOE) Clean Cities grant of $250,000 to help pay for the stations’ $585,000 upgrade cost. The grant money was part of a $15 million the DOE awarded in December 2009 and also benefited several other municipalities and companies in the Kansas City area and elsewhere that had implemented alternative-fuels projects. The grant was administered by Kansas City-based Metropolitan Energy Center (MEC) for the DOE. All the projects supported by the grant constitute MEC’s Midwest Region Alternative Fuels Project.

The CNG station upgrades involved installing additional compressors, which increased fueling capacity from 27 gas-gallon-equivalents (gge) an hour to 63 gge an hour; increasing storage capacity from 240 gge to 432 gge; and replacing both stations’ two-hose, 3,000/3,600 pounds per square inch gauge (psig) dispensers and credit card-reading machines. KGS completed the upgrades in December 2011.
The upgrades’ value shows itself in the CNG numbers. KGS sold 158,237 gge in 2013, up 63 percent from 96,701 gge in 2012 and up nearly fivefold from 31,771 gge in 2010.
KGS spent some additional time educating local code officials about the equipment and demonstrating the systems’ safety, and the utility company was granted the required permits for the upgraded stations, Wright says.
As usage and traffic at both stations have increased, along with the appearance of more buses and larger vehicles, peak demand has become harder to keep up with. KGS hopes this paves the way for additional privately funded, public CNG fueling stations. Frito-Lay and Questar Fueling recently partnered to open a public station in Topeka designed for large-truck traffic, which has eased demand on KGS’ Topeka station.

COVID-19 Impacts: Ethanol and Its Discontents 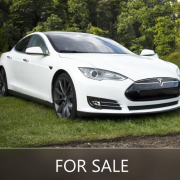 Getting Used – Another Approach to Going Electric