The Lee’s Summit R-7 School District has been studying the properties and behavior of electricity and compressed natural gas – by fueling a growing number of its vehicles with these two energy sources.

In December 2009, the district was awarded about $425,000 from a $15 million U.S. Department of Energy (DOE) Clean Cities grant awarded in December 2009. That grant also benefited several municipalities and companies that implemented alternative-fuel projects. The grant was administered by Kansas City-based Metropolitan Energy Center (MEC) through a contract with the DOE. All the projects supported by the grant constitute MEC’s Midwest Region Alternative Fuels Project.

The Lee’s Summit Police Department started using the vehicles in the spring of 2010, says Mark Stinson, the city’s fleet manager. The department uses the vehicles for administrative purposes only, not for police cruisers.

Stinson hopes that CNG-fueled police-cruisers will hit the streets eventually. The current barrier to that: the necessary money to buy them.

That upfront cost compared with standard vehicles is typically the biggest barrier that municipalities and others face when deciding whether to integrate alternative-fuel technologies in their operations. It also was the biggest one Lee’s Summit faced regarding the four hybrid vehicles, the city said in its final project report.

The other two barriers were the vehicles’ smaller size compared with what the police department had been using, which raised some doubts in the drivers’ minds about whether the new vehicles would meet their needs for space to store gear; and uncertainty about whether hybrids had the same acceleration muscle and other capabilities as any other vehicle, according to the report.

The space-problem solution came by adding organizer boxes in the rear of the vehicles to better accommodate storing needed gear. And the uncertainty about the hybrids’ performance was erased by drivers’ time with rubber on the road, which convinced them that the hybrid had as much oomph as its gas-only counterpart.

Despite that biggest burden of upfront costs, the benefit of saving money over the longer term is clear. The vehicles will use an estimated 3,604 fewer gallons of gasoline during five years compared with standard vehicles, which equals an estimated savings of about $20,000, based on a $3.25-a-gallon average cost of gas, Stinson says.

And, integrating the hybrid vehicles into the police department’s fleet also helps open the door to expanded use of alternative fuels, he says.

“We continue to look at other methods like electric and CNG (compressed natural gas), but they’re contingent on the money available,” Stinson says. “What I tell other fleet managers I talk with is: It’s always worth looking at alternative fuels. You’ve got to explore other opportunities. As long as manufacturers will develop different configurations, it opens the door.” 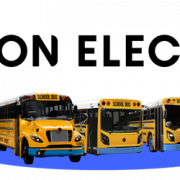 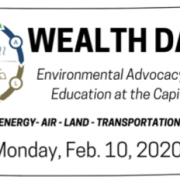 MUD’s rolling around in the CNG