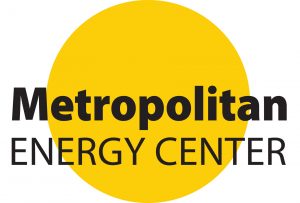 After joining Metropolitan Energy Center as Training Director and following promotion to Executive Director in 2014, Warren Adams-Leavitt finished his tenure on August 31st.  He’ll be returning to his roots, in a sense, by returning to Communities Creating Opportunities, which he led between 1989 and 2004.  He’ll be working on issues of poverty, health and community engagement  – and much more – on both sides of the state line in his new position.  We’ve greatly enjoyed, and will greatly miss,  his unflappable demeanor, his sense of humor and his unstoppable diligence.  For more information about CCO, check out their website at http://cco.org/#wearecco

Kelly Gilbert, who began her career at MEC with the Kansas City Clean Cities Coalition in 2008, is our new Executive Director, after stints as Transportation Director and Programs Director.  In those nine years, she’s worked with engineering firms, city governments, fleet managers and manufacturers to make clean alternative fuels a reality in Kansas City and in cities and towns across the Midwest.  She has also administered millions of dollars in federal grants, and brings a world of real-world experience to the position.  Kelly was named to the DOE’s Clean Cities Hall of Fame last month as recognition of her accomplishments, and we’re looking forward to working with her in writing the next chapter of MEC’s history.  Congratulations!