You are here: Home1 / Clean Cities2 / State of Flux 2: EV and Elsewhere in the Wake of the Pandemic 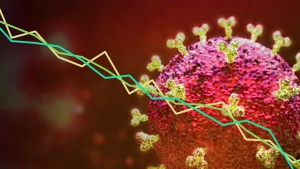 One thing’s certain – no automaker is going to walk away unscathed from the current crunch.  Edmunds reports that the best new car sales performance for April 2020 among the eight major OEMs it surveyed was 44.5% lower YOY.  New sales for the entire industry were off a jaw-dropping 52.5%.  Older buyers (55 and up), generally wealthier and willing to spend more on cars, accounted for 37% of all new sales in 2019.  This year?  For the week ending April 26th, sales were down 45% to the same buyers.  And much of that demographic is worlds away from the 30+ million newly unemployed, many on thin financial ice long before the COVID crash.

Longer-term changes are in play as well.  Much has been made of generational changes in how Americans view cars.  Back in the day, cars meant more.  Fins and chrome in the 50s showed the neighbors you were on your way up.  Muscle cars in the 70s, at least for some males, projected that you were still the same virile dude at 39 that you were at 19 (though of course, you could have actually been 19).  And even if you didn’t intend to virtue-signal with a hybrid 15 years ago, somebody, somewhere read your car choice that way.  But such meanings are draining away for many.  Increasingly, Americans (especially under 40) view cars as their parents viewed dishwashers:  “Will it get dishes clean?  I hope it doesn’t cost too much.”

Much of this shift is powered by economics.  Income inequality, student debt, underemployment, housing costs, health insurance all add up, and younger Americans are falling behind preceding generations.   This is the standard refrain for Millennials.  Unfortunately, it’s true.  The Federal Reserve’s work on this showed that, adjusted for inflation, Boomers and Gen X earned from 18% to 27% more than their kids and grandkids.  Those born between 1965 and 1980 had 50% more mortgage debt than their younger compatriots – i.e., could get a mortgage.  And so on.  Beyond money lies “an intertwined set of whys and wherefores” – ride-sharing options, parking costs, hours of commuting, expanding transit options, environmental concerns, social media and online connections, and the lack of any sentimental associations with fixing up the old junker with Dad.

So, in the face of all of these challenges, what are the prospects for EVs?  Will the hard economic facts of an unprecedented downturn push OEMs “back to basics” as they return to the ICE and cancel ambitious electric plans?  Will the extra costs of EVs over conventional models dissuade buyers as they might not have a year ago?  Or will the scale of EV investment to date keep EV uptake moving forward?  For starters, Wood Mackenzie is projecting a drop of more than 43% in global EV sales, from 2.2 million to 1.3 million in 2020, noting that sales of pretty much everything (except toilet paper and bleach) are going to plunge this year anyway. BloombergNEF data shows EV sales falling 18% for 2020 (versus 23% for combustion vehicles).  Delays are likely and will apply to charging infrastructure investment as well.  However, WM and BloombergNEF both contend it’s far too early to write off EVs.

If there’s one thing car companies hate more than lost sales, it’s lost capital investment.  A bit more than a year ago, global auto manufacturers had already committed to $300 billion in spending on EVs in North America, Europe and Asia (especially China).  Claims to date:  Ford – 13 new electric models; VW – 30 new EVs across multiple brands; GM – 30 all-electric models; Toyota – 10 EVs (China only).  There are also limited signs of resilience in the market segment.  EV registrations in the UK dropped less than 10% in April 2020, even as diesel/gasoline filings collapsed by more than 90% – though it’s complicated.  German March auto sales dropped 38%, but PHEV and full electric cars notched their third straight record of 8.9% of all sales.

What about consumers?  With self-isolation in full swing, and with gas prices as low as they’ve been in decades, are they willing to take on higher up-front costs?  There are a few indicators that it’s possible.  Consumers Reports’ survey of more than 2,000 American adults through mid-April was surprising.  59% of respondents stated that fuel economy was “very” or “extremely” important.  It’s not quite a “Cambrian Explosion” of new light- and heavy-duty EV models, but there will be far more choices in 2021 and 2022, when customers return to the showrooms, potentially for as little as $22,000.  Mandated by federal settlement, Electrify  America’s high-speed charging buildout will continue.  And post-crash customers, now gun-shy about big-ticket spending, are likely to be more receptive to total cost of ownership arguments – especially as EV costs keep falling.  From 2010 to 2016, the costs of lithium-ion batteries, the guts of any EV, dropped 70% and keep dropping.  And used EVs, subject to fierce depreciation, will remain an even cheaper option even as EVs approach or drop below conventional new vehicle costs.

However the current economic crisis unfolds, multiple pathways remain for EVs to continue increasing in market penetration in the US and beyond.