Every February, folks all over the United States come together to honor Black History Month.  The need to celebrate achievements and learn about the history of Black people in the United States was and is crucial. One cannot tell American History without Black History; they are irrevocably intertwined. Black folks in this country have suffered unimaginable trauma and discrimination under slavery, Reconstruction, and Jim Crow, not to mention countless other systemic policies that disadvantaged them—and still do. On a federal, state, and local level, policies that affect housing, schooling, finances, food and job access, are present. Here in Kansas City, one of the most visible examples of discrimination and disenfranchisement of Black residents is seen through the Troost Divide, a product of years of redlining, racial housing covenants, and disinvestment in Black neighborhoods. We cannot move on to the future without recognizing the past. It is imperative that historical wrongs be righted.

Despite the many obstacles the Black Community faces, advances in many sectors, including energy and the environment, can be attributed to Black movers and shakers. Many modern conveniences and movements would not be here without the labor and passion of Black creators, innovators, scientists and leaders.

Black Leaders in Energy and Climate

Lewis Latimer, born in 1848 to enslaved parents, was an inventor, patent expert, and draftsman (one who creates technical plans or drawings). Latimer, a colleague of Thomas Edison, made significant improvements on the modern incandescent light bulb by inventing the carbon filament. Not only did he play a critical role in commercializing the lightbulb, but he also played a monumental role in the development of the first telephone sets.

Jacqueline Patterson holds many titles including researcher, activist, and published author; currently she is the Sr. Director of the NAACP Environmental and Climate Justice program. She focuses on how climate change and inequity in the built environment disproportionally affects people of color.  Recently, Patterson was featured in an environmental podcast where she shared her climate story and detailed “why climate is integral to promoting civil justice and equity.”

Not only have Black adults done great things in this arena, but young Black environmentalists are also inspirational leaders in the climate justice and clean energy movement.  In this interview, several young activists are profiled. Among them, you’ll meet Zeena Abdulkarim and Andrea Manning who help organize Zero Hour National and are the co-executive directors for Zero Hour Georgia, a team of young activists fighting for a livable planet for all. In the interview you’ll also meet Mari Copeny a.k.a “Little Miss Flint” from Flint, Michigan, who at 11 years old became a water purity activist at the onset of the Flint Water Crisis. Their voices are crucial to equitable climate discourse and action.

At Metropolitan Energy Center, we pursue policies in the built environment that increase energy efficiency, remove harmful pollutants, and improve the health, economies, and livability for all communities in the Kansas City metro. And when we say all, that means intentionally advocating for policies that will improve the lives of marginalized populations, and that includes the Black community. By advocating for cleaner energy, healthy communities, emissions reduction, and affordable, energy efficient housing, it is a small way we can honor the legacy of Black History. 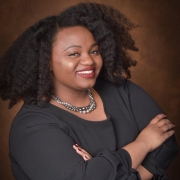 The journey to recognizing this month starts over 100 years ago in 1915 when Carter G. Woodson travelled to Illinois to take part in the 50th anniversary of The Emancipation of enslaved Black people. He operated an exhibit that detailed the history of Black scientists, academics, public servants, and more, post Emancipation. The exhibit was wildly popular, with thousands in line waiting to view it. After that event, Woodson and three colleagues were inspired to create the Association for the Study of Negro Life and History (ASNLH) now known as The Association for the Study of African American Life and History.

After years of planning, in 1926 ASNLH began putting out content to commemorate the “Negro History Week.” Woodson believed that the achievements of African American’s shouldn’t be attributed to one particular person, but instead should “focus on the countless Black men and women who had contributed to the advance of human civilization” (ASNLH, 2021). While this event was spearheaded by the Association, the idea spread like wildfire throughout the Black community and efforts were bolstered by various Black colleges, teachers, cultural and religious organizations, and historically Black fraternities and sororities. The Association equipped the various advocates with study materials—” pictures, lessons for teachers, plays for historical performances, and posters of important dates and people” (ASNLH, 2021).

As early as the 1940’s some groups had already transitioned from a week-long recognition to a month-long recognition. In 1976, President Ford officially endorsed the celebration on a federal level.

In Celebration of Women’s History Month
Scroll to top