Gilbert began her work with Kansas City Regional Clean Cities nine years ago and has since led the coalition to leave a monumental impact on the region it serves. In 2016 alone, the coalition averted more than 34,000 tons of greenhouse gases and saved more than 9.7 million gasoline gallon equivalents of petroleum through the deployment of alternative and renewable fuels, advanced vehicles, idle reduction, and fuel economy improvements.

“Kelly has a unique ability for building lasting connections that benefit the program,” Bluestein said. “There is no doubt that she has made a lasting impact on the local alternative fuel market in the Kansas City region.”

Gilbert rose through the Clean Cities ranks quickly, beginning to work with the coalition in 2008, becoming Coordinator in 2009, Director of Transportation Programs at nonprofit Metropolitan Energy Center in 2010, and is now its program director. Every step along the way she’s been a leader and an innovator.

She secured and oversaw four U.S. Department of Energy grants including the Midwest Region Alternative Fuels Project in 2009 and the EV Community Readiness “Electrify Heartland” project in 2011. She banded together four states—Missouri, Iowa, Nebraska, and Kansas—for the 2012/2013 Mid America Collaborative for Alternative Fuels Implementation or “MAC” project. The grant allowed Kansas City Regional, St. Louis, and Iowa Clean Cities to establish a fleet recognition program called “Mid-America Green Fleets.” More recently, she managed the Safe Alternative Fuels Deployment in Mid-America project, which partnered with two University Fire Institutes in Kansas and Missouri to establish first responder training for compressed natural gas and propane vehicles. The training is now available nationwide to state fire training directors for use in their programs.

In addition to all of these projects, Gilbert has worked closely with Kansas Soybean Commission on biodiesel outreach and training, helped school districts and local governments access Congestion Mitigation and Air Quality Improvement funds, and directed Diesel Emission Reduction Act funds to local freight projects. Representing the Kansas City Regional coalition, Gilbert has established herself as a key player.

“It is a tremendous honor to be recognized by the Clean Cities community. I’m proud to be part of a network that, working largely out of the limelight and without huge budgets, has done so much to improve air quality, encourage new technologies and partnerships, and make a real, measurable difference in improving the environment that all Americans share,” said Gilbert.

(30 August 2017) – Metropolitan Energy Center and Kansas City Regional Clean Cities are delighted to have been selected by the U.S. Department of Energy for federal funding to move the adoption of clean, domestic fuels even further into the transportation mainstream.  The Office of Energy Efficiency and Renewable Energy announced yesterday that Kansas City Clean Cities was one of five organizations nationwide sharing a total of $13.4 million in competitive grants.  DOE link

This funding will assist multiple projects and fuels in both Missouri and Kansas.  Private- and public-sector partners will cover just over half of total costs with their own commitments to cleaner fleets, new infrastructure and improved fueling facilities.

The grant covers the following projects:

We project a cumulative reduction in greenhouse gas emissions of 3,377 metric tons by the end of Year Three of the project and the elimination of 46,375 barrels of petroleum.  A conservative estimate shows savings of $888,615 in fuel costs through the end of year three for our partners and for fleets and drivers making the switch to cleaner, domestically produced energy.

A partner in the US Department of Energy’s Clean Cities Program, Kansas City Regional Clean Cities is a coalition of public and private partners seeking to build the awareness and use of alternative fuels in fleets throughout Kansas and western Missouri. The coalition consists of fleet operators, alternative fuel providers, vehicle manufacturers and distributors, and others interested in improving air quality and reducing the use of foreign oil. It has been active since 1996 and was designated a DOE partner in 1998.

Metropolitan Energy Center is a 501 (c) (3) tax-deductible organization working in Kansas City and surrounding areas for greater energy efficiency in transportation and the built environment since 1983.  Our mission is to create resource efficiency, environmental health and economic vitality in the Kansas City region.  For additional information, please visit our website www.metroenergy.org

Join us at one of four events in Kansas this September and October to learn about the Volkswagen Settlement and what it means to fleets in the state of Kansas. At each event, we’ll provide the latest information, a forum for discussion, and give you tools to participate in decision-making for the state’s plan for its $15 million share of the VW Environmental Mitigation Trust.

The forums are being presented by Central Kansas Clean Cities in cooperation with Kansas Department of Health and Environment and Climate + Energy Project.

If you can’t make it in person, send us feedback on how your fleet might use settlement funds.

$2.7 billion was allocated to states, tribes, and certain territories based on impacted VW vehicles in their jurisdictions

For more information about the settlement in Missouri, Kansas or nationwide, visit our Volkswagen Settlement page. 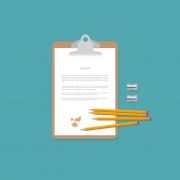 END_OF_DOCUMENT_TOKEN_TO_BE_REPLACED
August 7, 2017/by KellyMEC
https://metroenergy.org/wp-content/uploads/2014/08/Showcase-05.png 724 724 KellyMEC https://metroenergy.org/wp-content/uploads/2017/06/mec-logo-400x400-rough-cob-300x300.png KellyMEC2017-08-07 18:52:482017-08-07 19:02:16Missouri Enables Propane Autogas Refueling
(KANSAS CITY, Kan.) — The Kansas City Board of Public Utilities (BPU) is looking to collaborate with community partners and neighborhood groups to offer educational workshops for Wyandotte County residents. Together with our community partners, we have the opportunity to positively encourage and engage individuals and families to enjoy energy savings.

Providing and promoting energy efficiency programs connect community members with local representatives for resources and free energy-saving information. Attendees can benefit from expert-lead energy efficiency workshops that focus on heating and cooling, lighting, home technology and other topics such as:

Working together to offer energy efficiency workshops bridges the gap between area citizens and the public agencies committed to serving our community. Community and neighborhood organizations interested in energy efficiency programs are invited to contact BPU Development Coordinator, David Allen at (913) 573-9922 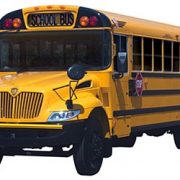 The Missouri Department of Natural Resources’ Air Pollution Control Program is expecting to receive a grant from the U.S. Environmental Protection Agency (EPA). The grant funding comes from a federal program called the Diesel Emission Reduction Act (DERA). The funding for this program is not part of the Volkswagen Settlement. Details about the process for awarding Volkswagen funds are still forthcoming.

The department has run numerous DERA grant programs in the past nine years. This year, like the last two years, the department plans to use the grant to fund a clean diesel early school bus replacement program in Missouri.

Owners of diesel school buses stationed and operating in Missouri are eligible to apply for funding. If selected, awardees will receive up to 25% of the cost of the new school bus(es) with a maximum award of $18,000 per bus, and applicants may apply for two school buses. The newly purchased bus(es) must replace a bus(es) that is currently in use and has an engine model year within the range of 1995 – 2006. The new buses must be “early” replacements, meaning they are not already planned for replacement and would not be replaced if not for this funding opportunity.

A Request for Applications (RFA) is posted on the Departments Webpage: http://dnr.mo.gov/env/apcp/cleandieselprogram.htm, along with a fill-in-the-blank application form.   This RFA is open to both public and private school bus owners/operators in Missouri.

The deadline to submit applications is August 31, 2017.

The Department will review all applications received for eligibility, and will select awardees through a random drawing ensuring that all eligible applicants have an equal chance to receive funding through this opportunity.

Please visit the webpage listed above and download the RFA and the Application Form.

If you have any questions about this funding opportunity for early school bus replacements in Missouri, please feel free to contact Mark Leath at the Missouri Department of Natural Resources; (573) 526-5503.

JOB DESCRIPTION:  Internship supporting energy-related programs for Metropolitan Energy Center, specifically for the Kansas City Regional and the Central Kansas Clean Cities Coalitions. We will consider the intern’s program interests during placement; responsibilities may include any of the following, depending on our needs and the intern’s experience, skills and interests: Meeting and event coordination Conducting […]